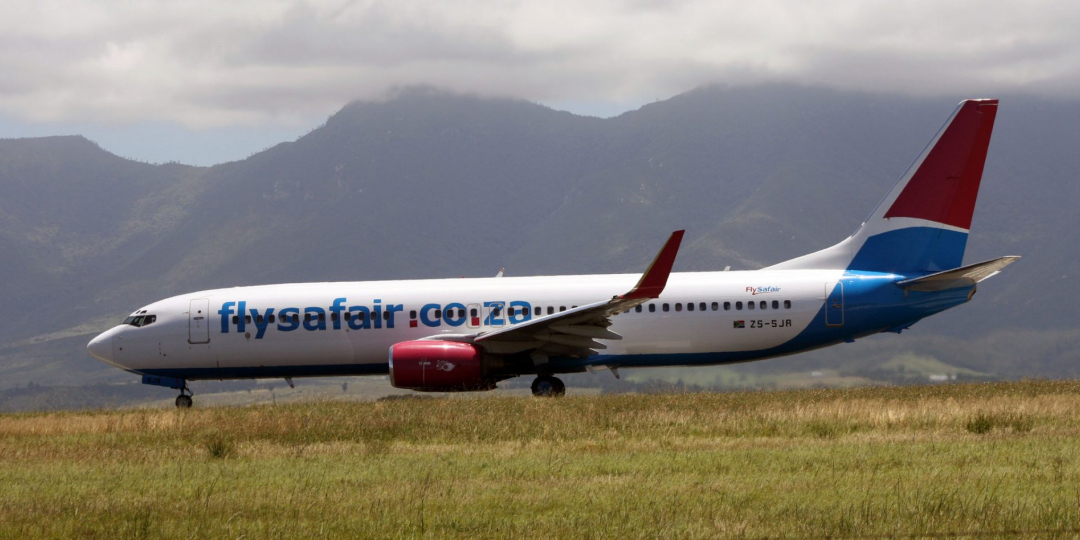 FlySafair is seizing every opportunity created by the reduction of competition in the domestic market. The airline received the first of two new-generation Boeing 737-800s this month and it plans to put them into service as soon as possible.

Executive manager and chief marketing officer of FlySafair, Kirby Gordon, confirms that the first of the two aircraft arrived from Seattle last week and the second is scheduled to arrive in a few weeks. The airline is leasing both aircraft from global leasing firm, Avalon.

Kirby says it should take a week or two to finalise the paperwork for the aircraft with the SACAA before the aircraft are put into service. The B737-800s will not be placed on particular routes, as FlySafair cycles its aircraft to optimise their lifespan, but will be rotated on its domestic routes.

Kirby is keen to get the new aircraft off the ground as soon as possible, saying the next-generation aircraft, with their aerodynamically Split Scimitar Winglets, will offer great fuel savings. He confirms that domestic flight demand has grown from month to month since the airline took off in June after hard lockdown, and that FlySafair will have 100% of its fleet back in the sky by November, with the new aircraft adding capacity in time for the holiday season. FlySafair will then sport a fleet of 17 aircraft, of which 10 are B737-800s.

“We started the process of leasing the aircraft before lockdown, and while the process was initially delayed, we decided to move forward with it anyway. Now is a great time to get your hands on aircraft because of the oversupply in the market and we wanted to seize this opportunity,” says Kirby.

He adds that the airline will not be launching any new routes in the immediate future. The only new route that has been launched since lockdown is the Lanseria-Durban route, which was introduced on June 15.

“With Mango having withdrawn from Lanseria Airport and Comair not operating, there were no other airlines servicing this route. It was also fairly easy for us to implement as we already had bases at both Lanseria and King Shaka International Airport in Durban,” says Kirby.