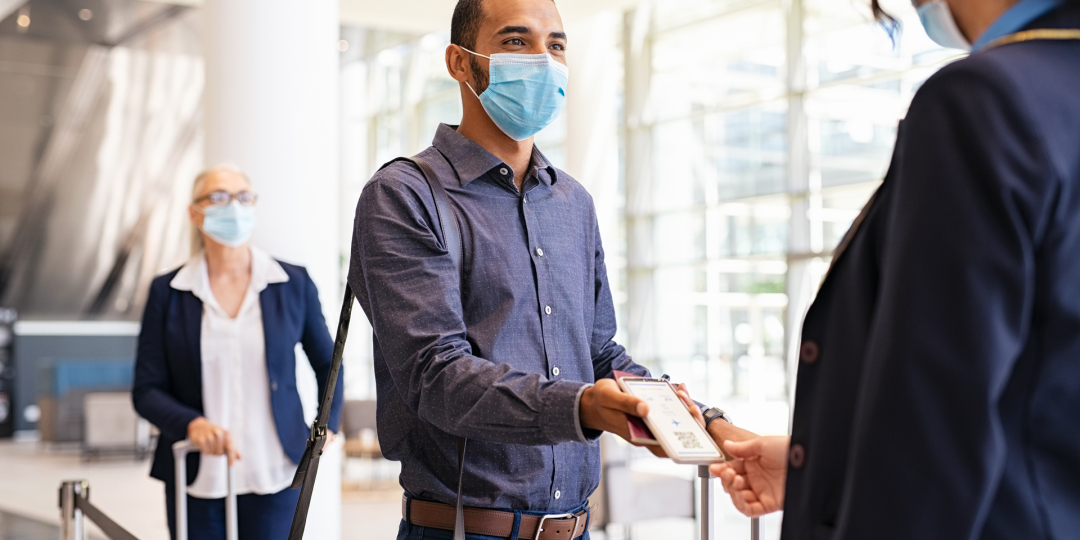 When the South African Government launched its Covid vaccination digital certificate with QR code in September, the move was greeted with enthusiasm by the travel industry.

But agents have reported that passengers’ digital certificates and QR codes are not necessarily being accepted in all countries, and the Department of Health says that harmonisation and reciprocity of systems and codes will only come into play in phase three.

Penny Bannerman, owner of Curious Traveller, told Travel News that she had clients whose visas had been denied because the Oman police could not scan or read their QR vaccination codes.

“A booking was made through us for clients travelling to Oman over the Christmas period on a fully prepaid package. All that remained was to get the visas processed through our agent in Oman, including police approval. The feedback we received from our agent was that the QR code could not be read on their scanners and therefore they would not issue the visas.”

Another travel agent reported that she had a client who travelled to Dubai in October on a job contract. “He did his mandatory quarantine period and then had to start work on a contract for which he had been head-hunted. The problem is that local authorities cannot scan his QR vaccination code and he is deemed ‘unvaccinated’. His job is at risk and he may be deported unless we can get this sorted out.”

In a recent article featured in The Citizen on November 24, Dirco spokesperson Clayson Monyela said there were no globally standardised vaccine certificate requirements and they depended on the individual country’s technology. This means that SA-issued certificates may or may not be readable in any given foreign country.

Said Bannerman: “The problem was twofold with this particular booking. Our agent in Oman said when they submitted the documents the department called them to say that the vaccine names mentioned in the South African vaccine certificates, Pfizer (Comirnaty) and Johnson & Johnson (Janssen), were not approved by the government of Oman. Without the approved vaccination certificate, we were told we couldn’t apply for the visa.”

In the same Citizen article, Department of Health spokesperson, Foster Mohale, emphasised that the vaccine certificate QR code was to enable people and organisations to scan and verify certificates domestically.

In an interview with eNCA, Crisp said the certificates were designed for local verification, so sports venues, restaurants and workplaces could use them to “allow or disallow” people access. Crisp referred to the three phases originally announced when the certification was introduced in South Africa.

“First phase would be a pilot phase; the second would be a verifiable phase using a QR code in South Africa using South African technology, and the third would be an international phase which requires a lot of crypto security, which is an expensive and time-consuming exercise.”

Bannerman called Johnson & Johnson international and spoke to a chemist at their call centre in Portugal. “He asked me to send copies of all the documentation pertaining to the visa application and vaccine certificates and in turn sent them to our agent in Oman with a covering letter which the visa officials accepted and the visa was eventually issued on the J & J verification.”

Because of the existence of two types of QR-encoded vaccination certificates, one issued by EVDS and one by a medical aid company such as Discovery Health, Travel News verified that in both these cases, clients had submitted QR-encoded certificates issued by the EVDS system.

Nthabiseng Chapeshamano, Senior Reputation Manager at Discovery Health, confirmed that the Discovery electronic record of vaccination did not replace the paper vaccination card for international travel purposes. He declined to comment on the acceptability of Discovery Health-issued vax certificate QR codes outside South Africa.

Perry Flint, Head of Corporate Communications at Iata in the US told Travel News that, in future, as the planet gained some control over the pandemic and we learned to live and travel under COVID-19, it had become clear that uniformity was needed to manage the movement of people around the world.  “The Iata Travel Pass is a mobile app that helps travellers to store and manage their verified certifications for COVID-19 tests or vaccines. It enables passengers to create a ‘digital passport’, verify that their test/vaccination meets the regulations and shares test or vaccination certificates with authorities to facilitate travel.” Travellers will not be able to use the Travel Pass app unless their airline is part of the programme but Flint said, in addition to its 50-plus partnerships with airlines, the association was also working to verify COVID-19 credentials with countries and recently announced that Europe’s vaccine passport could be used with the Travel Pass app.

Business Day, on December 1, 2021, reported that South Africa could introduce a new COVID-19 vaccine passport system at the start of 2022, but it was unknown whether the new system would generate internationally readable QR codes.