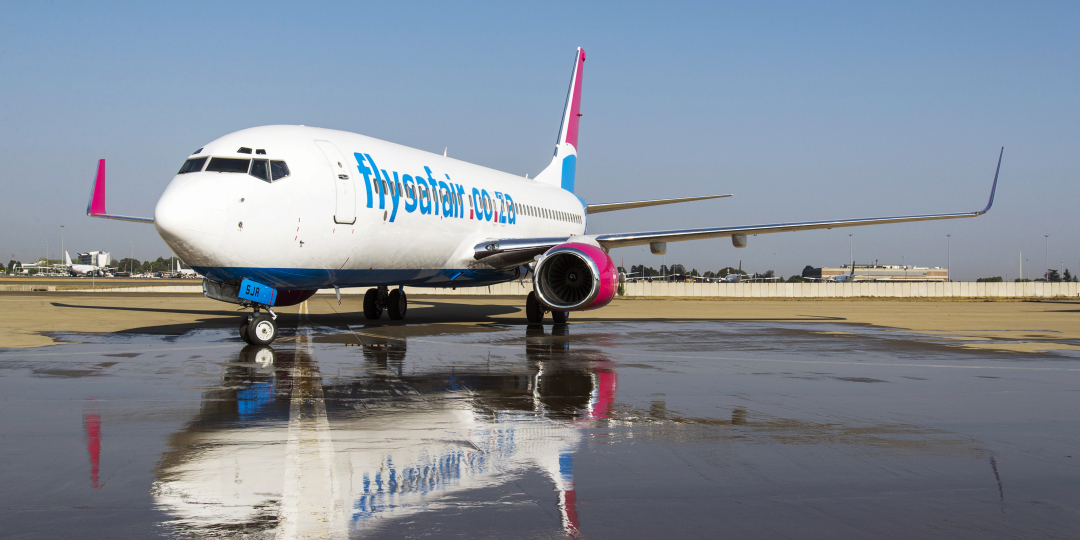 In an unprecedented move for South Africa, FlySafair is disrupting the market with the launch of OTA flight sales of competing airlines on www.flysafair.co.za.

Both airlines and agents, hearing that these third-party flight sales are taking place without any interline agreements in place, say this has never been done before. “This is just the beginning,” says FlySafair, which aims to launch more flights and more routes on its website soon.

“Tripco has essentially developed a flight OTA platform licensed under the FlySafair brand. This week we loaded inventory for a number of CemAir and fastjet flights on routes on which FlySafair does not directly compete. Now, when a customer searches for flights on www.flysafair.co.za they have a much larger variety of routes to choose from,” says Kirby.

He says as the customer progresses through the booking process they are notified about which airline will operate the flight they have selected. A small service fee/mark-up is charged when a client makes payment for their booking, which is split between FlySafair and Tripco. While FlySafair’s call centre will continue servicing any booking amendments for its own flights, clients who need to make amendments for other airline flights will be directed to Tripco’s call centre for servicing.

“We have already seen sales coming through for third-party airlines this week and we have plans to load more flights operated by more airlines on more routes down the line too,” says Kirby.

Tripco executive director and founder, Marcel van de Ghinste, says the new launch is a fantastic opportunity that benefits FlySafair, Tripco, the customer and other airlines. He explains that the third-party airline fares are currently displaying from Amadeus GDS feed but that, in the long run, it would be optimal to connect directly to other airlines’ inventory through direct API feeds.

CemAir was thrilled by the initiative. “It is certainly a very different approach for an airline to position itself as a flight OTA as well as an airline and I am not aware of this having been done before. We are very pleased to be working with FlySafair and to benefit from exposure on its well-known website. It is our view that the more people that sell our ticket stock the better, and we believe that this platform may have a lot of potential for selling multi-sector regional flights within Southern Africa,” says ceo of CemAir, Miles van der Molen.

Coo of fastjet, Donahue Cortes, said: "As travel trends evolve with the increasing use of online channels, fastjet acknowledges the enhanced digital innovation recently introduced by Flysafair, which expands selling flights on fastjet and other airlines. Fastjet continues to transform its inventory distribution in both direct and indirect channels as they work towards new partnerships that capture new customer opportunities."

However ceo and md of Airlink, Rodger Foster, told Travel News that Airlink would not be participating in the initiative. “We don’t have an appetite for another competitor airline selling our product,” said Rodger.

Make sure you read www.travelnews.co.za for more updates on this developing story.