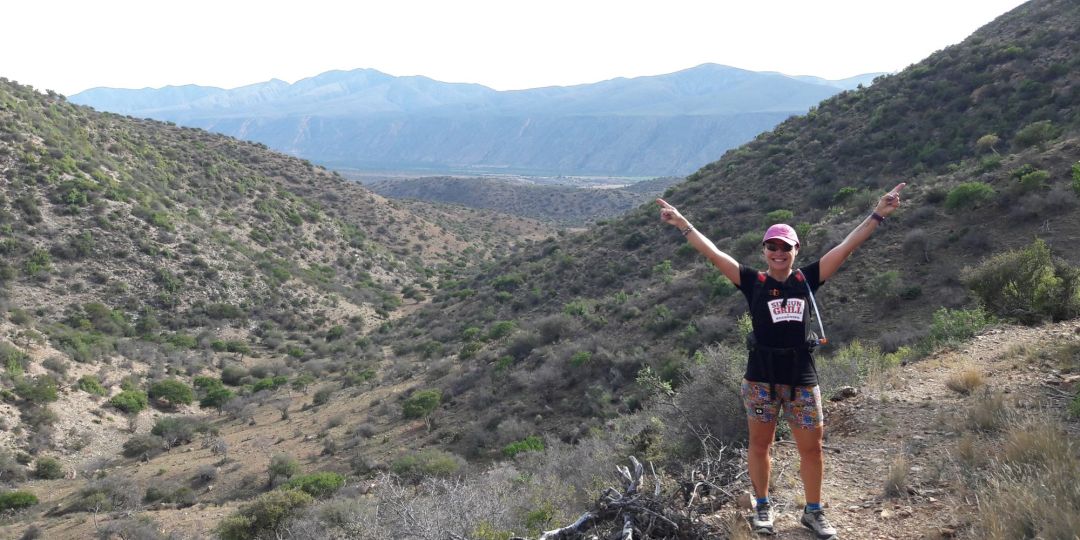 Sharon Jessop ran 101 consecutive days of around 21km per day last year, breaking the Guinness World Record for the most half-marathon distances run by a female by 26 days. Source: gowellwithsharon.com
Comments | 0

World record holder, ultra-endurance athlete and conservationist, Sharon Jessop, will set off on September 22, World Rhino Day, from Mantis Founders Lodge to undertake a 650km run. She anticipates being on the road for 21 full days to remind South Africans that both the tourism industry and rhinos are equally endangered.

Fuelled by the dire state of tourism and particularly rhino conservation in Jessop’s home province of the Eastern Cape, she is taking on the challenge as her contribution to the ‘OLLIMove’ for the One Land Love It (OLLI) Foundation. The primary aim is to raise awareness and money for those most impacted by the extended lockdowns.

Jessop has started a crowdfunding campaign to raise not only awareness but also R1m (€60 000) and at least R100 000 (€6 000) by the time she sets off on September 22. All profits will be equally divided between the OLLI Foundation and the various game reserves and their foundations such as the Mantis Collection’s Community Conservation Fund Africa.

Continuing to create awareness about World Rhino Day, Mantis is presenting a package that allows guests to take part in a hands-on safari experience focused on rhino conservation, from October 26-29 at Mantis Founder’s Lodge.

“Our rhino were endangered prior to the COVID-19 outbreak, and the extended lockdown has ultimately exacerbated an already tenuous situation,” says Jessop.

“The Eastern Cape is an undiscovered gem that has so much to offer in the way of tourism. By supporting local, South Africans are saving businesses, creating jobs, sustaining entire families, and protecting those who can’t speak for themselves: our rhinos,” she says.