Protests in Cape Town shut down 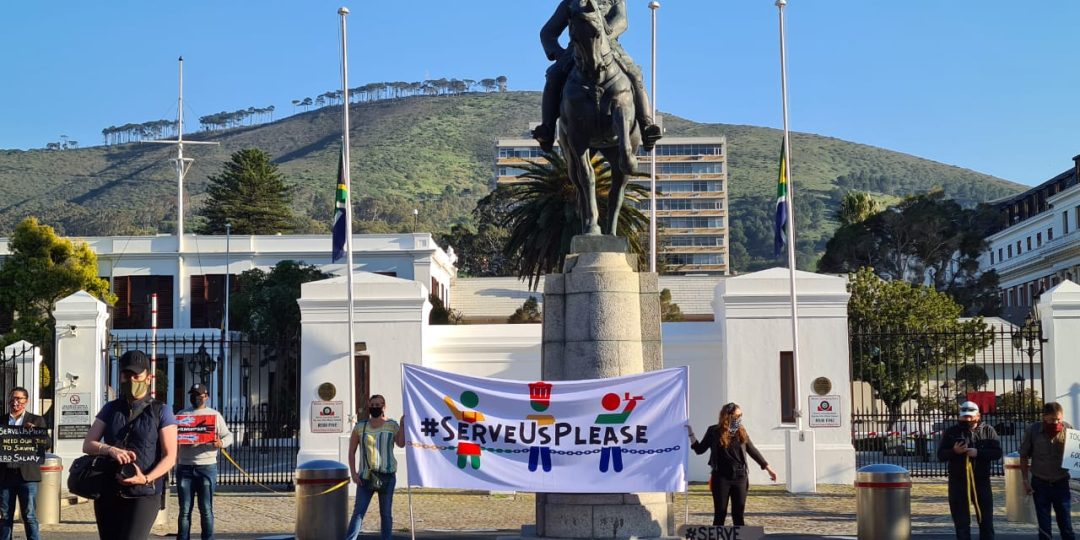 On Friday morning (July 24) a peaceful protest by members of the tourism and hospitality industry in Cape Town were dispersed by police with water cannons and stun grenades outside the Parliament buildings.

Hospitality and tourism workers were scheduled to protest government’s lockdown restrictions, which have resulted in the loss of countless jobs. The protestors marched through Cape Town’s central business district, ending at the Parliament buildings. However, they were met by displays of force from the South African Police Service and eventually dispersed.

A protestor, who asked to remain anonymous, told Travel News’s sister publication, Tourism Update, that, as the protest was due to begin, the police arrived with vehicles, including armoured vehicles. “Everyone was keeping their distance, keeping in a straight line, not blocking any entrances or exits, and not blocking traffic. Police then started using the water cannon on those protestors closest to Parliament and then lobbed stun grenades into the crowd.”

The protestor is the owner of an adventure tour operation with 20 jobs at risk should government not ease restrictions on tourism.

The actions taken by the police were condemned by Cape Town Mayor, Dan Plato. “It is unacceptable that a peaceful protest by business owners and employees fearing for the loss of their livelihoods is met with water cannons and stun grenades,” he said.

SAPS members who were on the scene told the Mayor that protests were not permitted under lockdown regulations. Dan responded that several protests had occurred outside Parliament over the course of lockdown without incident.

“The hospitality and tourism sectors are vital to Cape Town’s economy, but because of the national government regulations, they are facing complete financial ruin. Hundreds of thousands of jobs are in jeopardy, putting further strain on government resources, and limiting efforts to grow our economy.” The Mayor called on President Cyril Ramaphosa to give urgent attention to the concerns of the hospitality and tourism sectors.

Also in Cape Town, the ‘one million seats in the streets’ protests, or ‘empty seats’ protests, were supported by the City’s Mayoral Committee Member for Economic Opportunities and Asset Management, James Vos, and ceo of Cape Town Tourism, Enver Duminy. These protests represent the restaurant and tourism industry and the income lost due to the liquor bans and 21h00 curfew. “I have lobbied national government several times to lift the current restrictions because of the thousands of jobs that are on the line,” said James.

“The solution is simple: we can get back to work safely by implementing health protocols. We must be allowed to do so if we are to get back on the road to recovery and avoid any more permanent business closures and loss of jobs.”