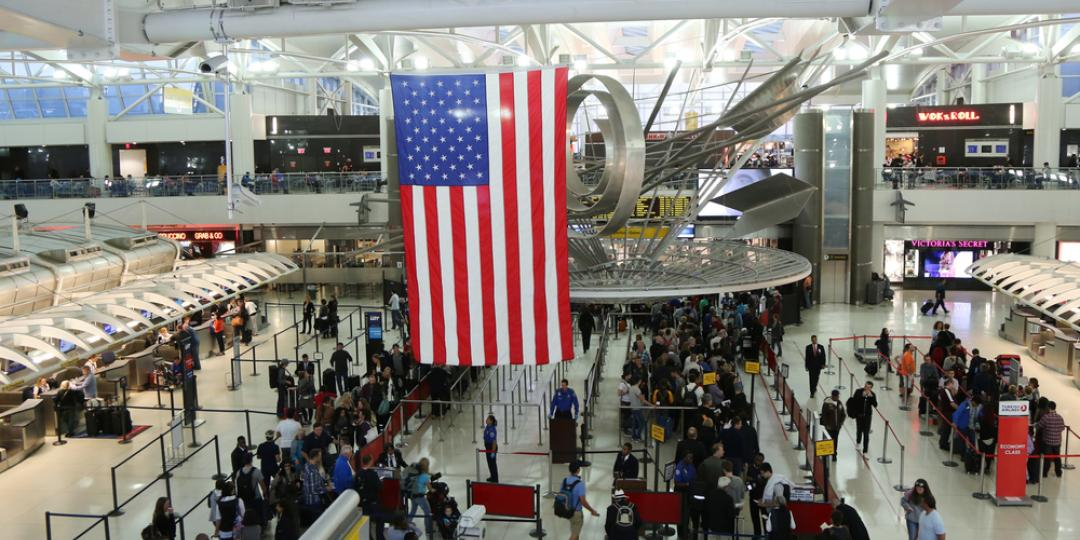 TRAVEL to the US has been seriously curtailed by the new rules banning tourists from Southern African states where the new COVID-19 omicron variant has been identified. However, it will be a rush to the gate for tourist visas when borders do eventually reopen - before the new travel ban, wait times for the earliest appointments were around six months.

The US Consulates General in South Africa are conducting visa interviews and accepting interview waiver applications only for anyone who is exempt from the new travel ban. This includes some immediate relatives of US citizens and legal permanent residents, government workers travelling for reasons linked to the mitigation or containment of COVID-19, air or sea crew and “very limited others” (follow https://za.usembassy.gov/visas/ for updates).

Travel News has also heard about similar delays at US visa centres in other countries, where some travellers have to wait up to a year for a tourist visa application appointment.

Unofficially, a representative of the US Mission in South Africa said they hoped that the situation would improve as the six-month backlog of applications cleared.

The report highlighted showed that services were extremely limited until July 2021 when international travel restrictions first began to lift. It states: “Due to the COVID-19 pandemic, posts were instructed to suspend routine visa services and provide only mission critical and emergency services in late March 2020. This had a significant impact on the provision of Immigrant and Nonimmigrant Visa-related services. Posts were only able to resume limited services on a post-by-post basis beginning in July, as local conditions allowed.”

Big demand for US travel

Although tour operators said visa applications were generally managed by travel agents, during the consulting process, CEO of TravelVision, Dharmesh Kooverjee, told Travel News that he was aware of delays in the appointments. “Naturally this will impact travel to the US,” he said.

Regardless of the visa situation, South Africans haven’t lost their appetite for the Big Apple and other North American highlights. Kooverjee said: “The US is still an important destination for us, and we will continue to sell all types of land arrangements once the travel bans have been lifted.”

Simmy Micheli, Travel Insurance Consultants Manager Sales and Marketing, said the wait time of six months was “quite unbelievable”, but even so she said the delay did not seem to be much of a deterrent for TIC customers. According to Micheli, the US has been one of the top destinations for TIC policy-holders in the last three months, second only to the UK, followed by Mauritius, Italy and Germany. “We can see where the huge demand is.”

All US visas affected

Shirani Gaymans of HashTagTravel, a TAG ITC, said trying to get an appointment for a visa was literally a matter of trying the site every few hours. She said it appeared that student visas were being given priority before Omicron became a factor. “Imagine all those visas that have been on hold that need to be processed.”

Gavin Stevens, TAG CFO, said a huge backlog in immigration visa appointments had been experienced in South Africa in the short time (between the US opening up to SA tourists and closing again) when the visa system had been functioning. He expected that the latest ban could set the process back again and compound the delays.

Americans in the seats

Eichelgruen said bookings out of South Africa had picked up almost immediately when borders had opened. “We have got to wait and see what happens with this new issue (Omicron). South Africa is a bucket-list destination for many Americans and Delta’s outbound flights have been going out with very heavy loads because of Americans in this area,” he said.

Delta has also reaffirmed its interest in a year-round Johannesburg-Cape Town-Atlanta service and is awaiting approval from the South African government.

Eichelgruen said there was pent-up demand in general, not only for South Africans wanting to visit the US. He said domestic travel within the US was booming after the travel hesitancy that people had previously. “Vaccines have given people confidence and I can see that happening here in South Africa too. But what happens when governments put in health requirements, well, that’s out of our control.”