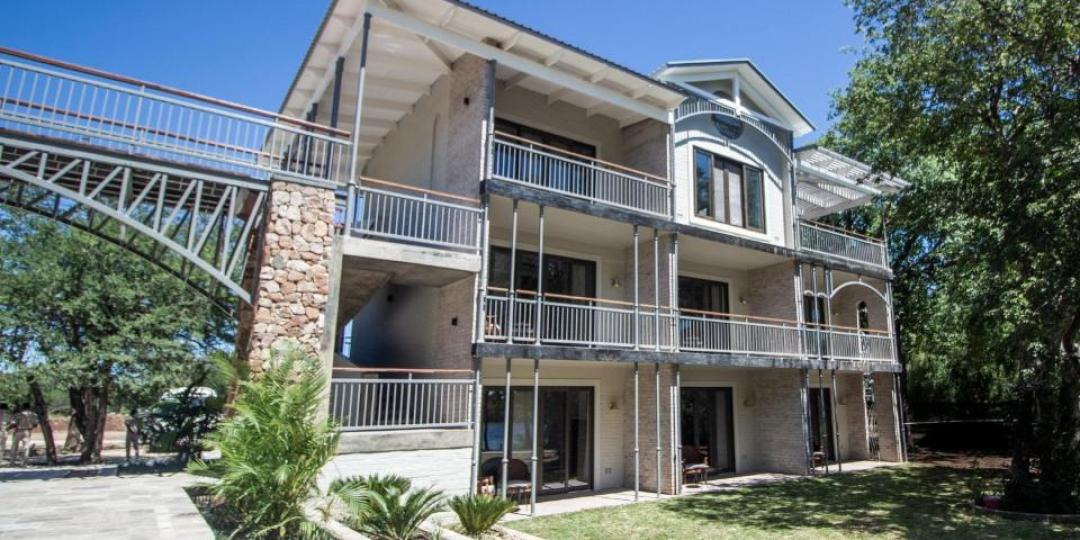 A large new property – The Palm River Hotel – has been built on the banks of the Zambezi River in Zimbabwe, four kilometres from the Victoria Falls. The hotel is in the final stages of construction and is hoping to open its doors in the next month or two.

“This will be the first large hotel to open in Victoria Falls in about the last 30 years, so it is big news in the area,” says public relations officer for The Palm River Hotel, Pia Theisen. She explains that the luxury, four-star hotel will boast 73 rooms with private balconies overlooking the lush hotel gardens, which sweep down to the edge of the Zambezi.

The Palm River Hotel has been built by the owners of the well-established Ilala Lodge, which is a few kilometres away in the town of Victoria Falls. Pia says the team of Zimbabwean architects and interior designers built the lodge around the towering indigenous trees that line the river banks on the site where the hotel now lies. She says not one tree was cut down during construction, and beautiful living tree trunks, branches and canopies have been incorporated in the hotel’s layout. According to Pia, the architects also went out of their way to source national resources from Zimbabwe when building the hotel, which features local timber and rocks sourced from the area. “We have created a hotel that is at once aesthetic and functional, modern and timeless, cosmopolitan and perfectly suited to the local environment.”

Room types include Deluxe Rooms, Deluxe Family Suites (where two deluxe rooms lead into a shared lounge and veranda area), Executive Suites (featuring a private lounge), romantically appointed Honeymoon Suites, a Presidential Suite and The Palm River Villa, which can be hired for private use.

The hotel also boasts a large open alfresco restaurant that overlooks the gardens and the Zambezi and is expected to offer fusion cuisine incorporating local ingredients in its dishes.

The owners of Palm River and Ilala Lodge also own Ra-Ikane River Cruises and Pia says they expect the cruises to launch from the hotel’s dock in future, offering convenient access for in-house guests.

Initially scheduled for launch during July, the hotel’s opening has been postponed due to lockdown restrictions in Zimbabwe but is expected to take place in the next month or two.